Home
Services
Our Work & Clients
Blog
About Us
Contact 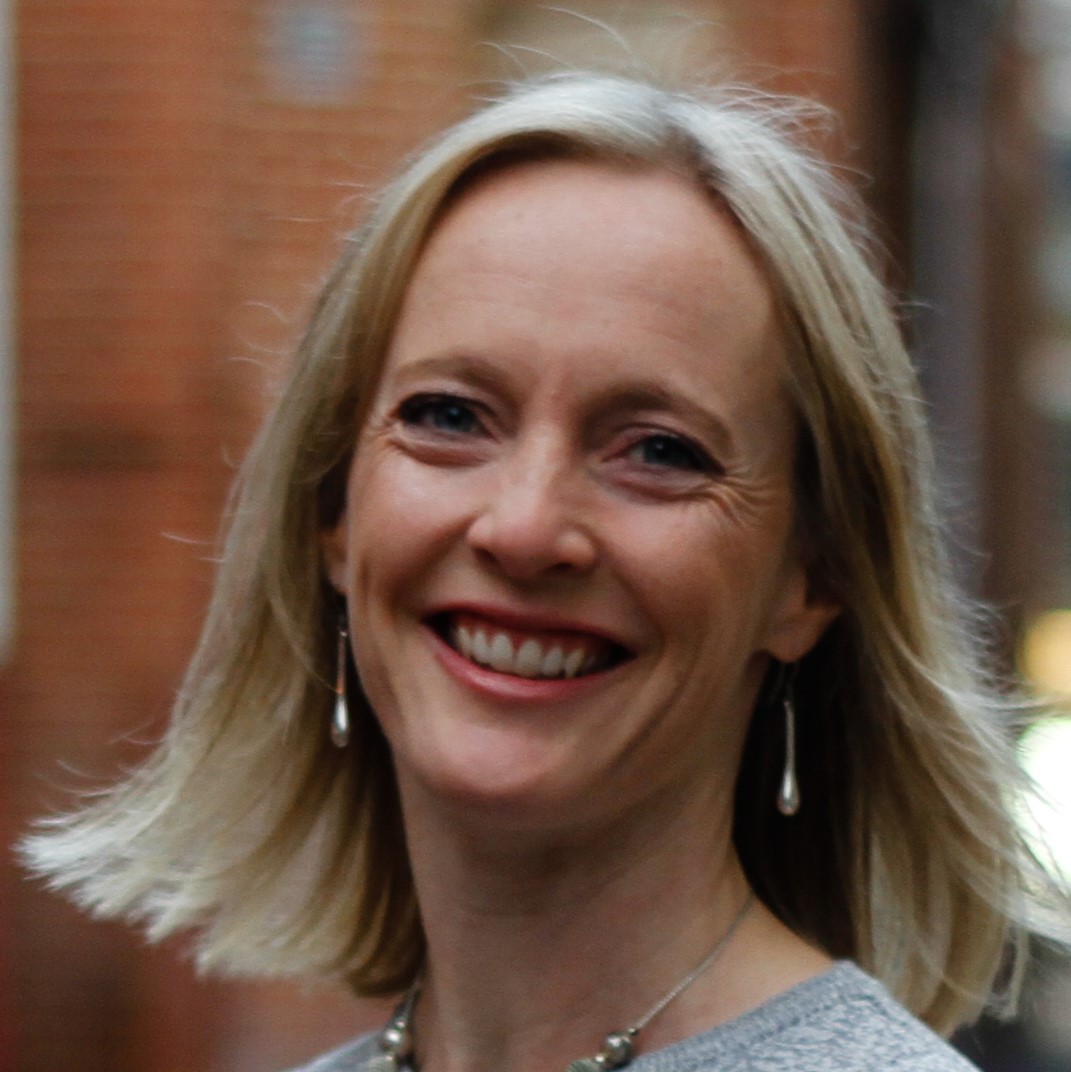 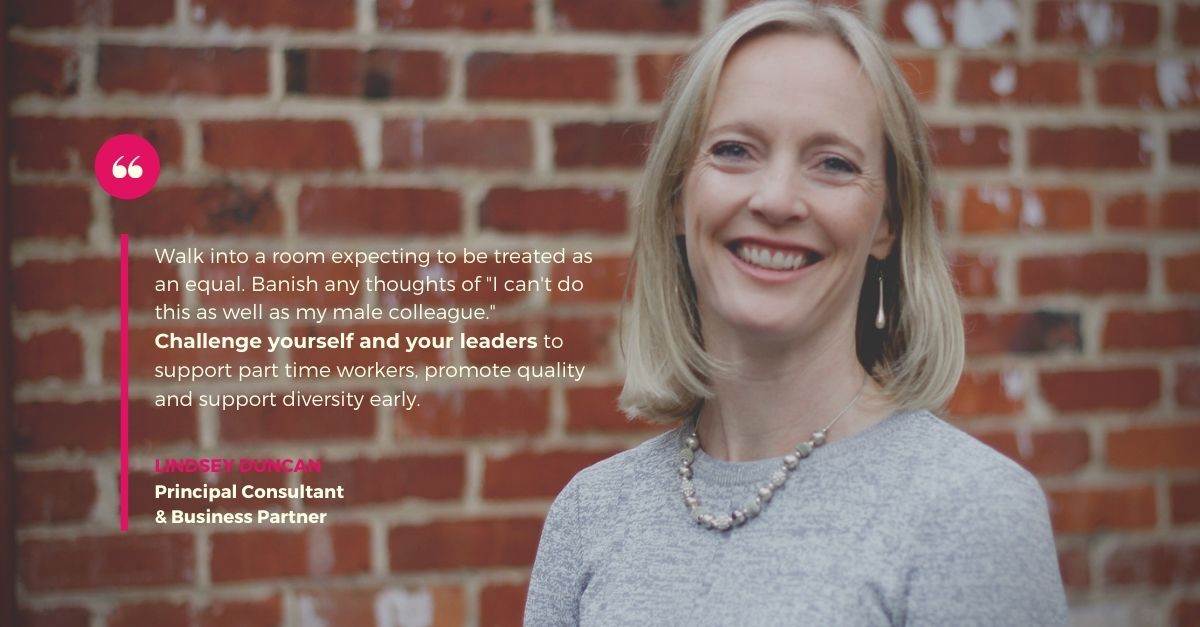 Developers are in high demand within the tech industry, however, women only make up 11% of the developer workforce, according to a survey by global IT recruitment company, Pearson Frank.

This number gets even smaller when you talk about the number of female developers who hold a senior, managerial or partnership status in an organisation.

Research done by Stanford’s Computer Science department concludes the lack of role models as one of the main reasons why women no longer choose to pursue Computer Science.

With International Women’s Day upon us - 8 March 2021 - Interfuze Consulting’s Business Partner, senior developer, Agile expert, and Atlassian guru, Lindsey Duncan, is choosing to challenge the statistics by sharing her story and life experience.

By doing so, Lindsey hopes to create some visibility of the possibilities, opportunities and ways to break key barriers to becoming a female developer and business leader at the same time.

Because for us here at Interfuze, this year’s International Women’s Day theme of #ChooseToChallenge can be done when you can inspire others! Being a guide for other women, who are in, or interested in, the tech industry can make a small but significant impact.

Walk into a room expecting to be treated as an equal

Body language speaks volumes. If you are expecting to be treated differently because you’re in a minority, chances are you’re more likely to feel like you are. That’s not to say you won’t encounter moments when this is true, but with positive body language comes confidence which not only helps you but helps others have confidence in you.

Banish any thoughts of ‘I can’t do this as well as my male colleague.’ Why not? Really - why not?

I’ve been lucky to have a Dad and then a husband who both assume I can do anything that they can. My dad’s housewarming present when I bought my first home was a drill and toolbox - both of which were invaluable - and my husband never thinks twice about asking me to tow our boat somewhere. Don’t be held back by perception. My husband bought me an off road 4WD driving day for my birthday years back (I was thrilled, in case you’d forgotten the perception point). His colleague and wife came and were both amazed I was driving solo. If the men could drive up a sand dune I knew I could too. Kudos to the instructors who were the only ones not to bat an eyelid.

If you have children, help them understand the same - teach your daughter to use a drill, teach your son to cook.

I can’t prove it but I am pretty sure having an ambiguous name - Lindsey - has helped. There’s definitely been times I’ve walked into an interview room or met people in person whom I’ve only been in touch with over email and people have done a slight double take. Obviously I wouldn’t advise changing your name but there is always unconscious bias so help remove it - keep your sex, your age, your marital status off your CV. There’s no need for it.

Challenge for the men and managers out there

The biggest challenge I’ve faced in my career is not being female but remaining the primary caregiver (yes, it’s often mums, but not always) while still working. For managers reading this I challenge you to question why a job couldn’t be part time. REALLY question it.

In my experience, not just me but seeing other part timers, you’ll get a very motivated person who’s really excited to be at work. There are very few jobs that truly couldn’t be done by a part timer. I’ve managed teams of 30 and run multiple projects on 20hrs a week. Not because I’m superhuman or work hours of overtime (I’m most definitely not and don't!) but because I’ve been given the opportunity to suggest how it could be structured to manage this.

The most discriminated I’ve ever felt was when I was being ‘positively helped’. I was at a university open day prior to going to uni in the UK and was the only female in the computer science talk. The lecturer was asked ‘what grades do you need to get in?’ and replied ‘3 A’s, oh apart from you (pointed at me), you only need to get 3 C’s because you’re female’.

With that one stroke he’d made sure everyone there would look at the females on their course and think ‘ha, bet her grades weren’t as good as mine, I’m better.’ And for any girl that did get 3 C’s and went there, they’d probably be getting lower grades than their counterparts as they didn’t have the same skill level to start with, reinforcing the stereotypes.

Support encouraging girls to get into IT in the first instance - get involved in IT or maths school clubs, teach your kids Scratch. Make it normal to be interested in Tech. There are so many awesome STEM kits in shops these days or just TV shows that encourage it. Get involved and start building a sense of ability, confidence and interest early in life.

I was incredibly lucky to go to an all girl school that was light years ahead of its time. We had computer labs every week and programming lessons from the age of 6, starting with teaching ‘Turtle’ robots to draw pictures programmed in Logo, progressing to graphics and Pascal alongside learning what RAM and CPUs were.

The whole year had to sit nationwide exams at 16 in Pascal and fundamental computers. Two of us from a year of 100 went on to study Computer Science, which sounds low but is significant compared to other schools which typically had zero uptake.

What are you doing to challenge?

As a Business Partner at Interfuze, I advocate for all of the above. I am also always interested to hear about other initiatives that others do in their workplace and organisation to forge a gender equal world, especially in our IT and tech industry. Get in touch to share.